How to calculate ROI (Return on investment) in digital marketing campaigns 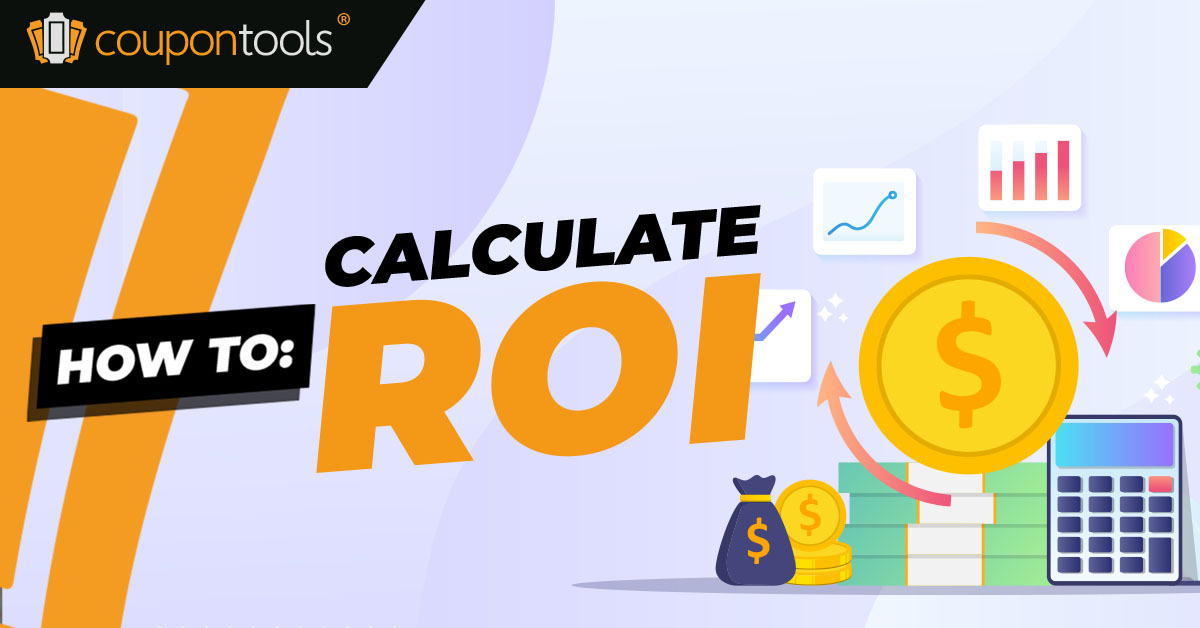 Key Performance Indicators
Judging a digital marketing campaign solely on the return on investments is a bit simplistic. You should only focus on the ROI if your entire campaign were designed to increase sales. If your campaign had broader goals, you should always consider indicating Key Performance Indicators when launching your campaign. If you only focus on money, you’ll often see that campaigns aren’t as successful as you hoped in advance.

What are other Key Performance Indicators for digital Coupon campaigns?

Let’s expand on data capture.
In many cases, digital Coupons have a bigger objective than simply generating revenue. Businesses are often using digital Coupons as a data capture tool. If you only focus on the money that came in, you often end up with a digital coupon campaign that wasn’t as lucrative as you expected.

But for this situation, you should broaden your view and take other metrics into account. Let’s put it like this.

EXAMPLE WITHOUT DATA CAPTURE
Business A launched a digital coupon campaign WITHOUT a data capture form. Users receive a coupon and can freely redeem it Business A’s store.

When you analyze it more closely, you’ll see that’s not entirely true. This campaign only focused on generating revenue, while the digital coupon campaign WITH data capture had multiple goals. Generating revenue but also capturing data. That’s something you should take into account.

Example WITH Data Capture
Business A is planning on launching digital coupons WITH a data capture form in the digital coupon. Users have to fill in their details BEFORE the actual discount unlocks. Let’s say the discount value is 5$.

In comparison with the digital coupon campaign without Data Capture, we’ll notice that the campaign's response (open rate) is almost the same. However, we see that the claim rate and redeem late are less. That’s obvious. You asked for people’s data. So some people will drop out as they’re not up to exchanging data for a slim discount.

For this campaign, you should also take into account the amount of customer data it provided you. Think about what customer data is worth to you, and then start reviewing the campaign.

If you combine the generated revenue and the captured data, you’ll see that your campaign is way more valuable than you first expected.

Let’s consider data capture as a sort of ‘revenue’ as well. You should decide: ‘What is it worth to capture clients' data (email, phone number, name, location,..).’ This is vital data. You know they’re likely to interact with your discounts, and you’re acquiring an owned audience. It’s an investment for future campaigns. For my example just below, I’m willing to pay 5$ for customer data.

Imagine you pay 297 USD for our coupon platform, it allows you to send out 50 K coupons per month. Let's forecast a redemption rate of 500 validations only and revenue of only 3 USD you are almost getting 5x your return on investment.

Digital always has the main advantage of being entirely trackable. Digital will provide you insights that traditional paper campaigns can never provide. If you're looking for a way to measure your digital campaigns' ROI, The Coupontools software is a perfect fit!

Email Chat with us Schedule a demo

How to calculate ROI (Return on investment) in digital marketing campaigns
Coupontools
How to measure your ROI in digital coupon campaigns 176 10176
4.5 out of 5 based on 206 user ratings.
Article published by: Coupontools