LIMITED TIME DEAL - 50% OFF!
Easter Entry Discount! Grab your first platform license and pay half price for 3 months!
Login now and claim your deal
No trial account yet? Register here. 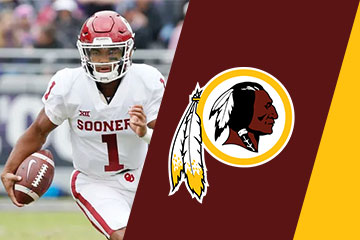 The Washington Redskins partnered with Coupon Tools to employ proximity marketing by creating a location-based marketing campaign. The strategy increased fan engagement and rewarded fans sitting in the stadium in the form of exciting prizes. Users simply needed to show the coupon to a Redskins Employee at the Giveaways Table to claim their prizes without any hassle. An easy redemption method and an intuitive design allows fans to get engaged and play the scratch & win game.

Here are some of the best features that made the fan engagement campaign a success: